Driving Under the Influence

In Pennsylvania, a conviction for DUI can result in serious and long-lasting consequences including imprisonment and suspension of your driver’s license. Such cases have become more complex in recent years with the enactment of a new DUI statute effective February 1, 2004 and a line of cases in our appellate courts which discuss when and under what circumstances police can stop a driver under Article I, Section 8 of the Pennsylvania Constitution (which protects drivers from unreasonable searches and seizures).

DUI is short for Driving Under the Influence. A person is guilty of DUI if he or she drives or physically controls a motor vehicle while under the influence of alcoholic beverage, chemical, or controlled substance. A person is “under the influence” if his or her mental faculties are impaired or his or her blood alcohol level (BAC) is above the legal limit for the state (in Pennsylvania, the legal limit is .08%).

2. Does the car have to be moving for me to be guilty of DUI?

No. You can be convicted for DUI by driving while over the legal BAC limit or while impaired even if you’re not actually driving the car. The key is whether you had the capability and power to dominate, direct, or regulate the vehicle. It doesn’t matter whether you were actually exercising that power at the time. In other words, simply sitting behind the wheel with the keys in the ignition can lead to your arrest for DUI because you are in actual physical control of the car. There are, however, exceptions to this general rule which must be considered before you decide to seek ARD or plead guilty.

3. What do police officers look for when searching for drunk drivers on the highways?

Most DUI arrests occur at night and on weekends. The following is a list of indicators that someone might be DUI at night. The list is based upon research conducted by the National Highway Traffic Administration (NHTSA):

4. If the police officer asks me if I have been drinking, what should I say?

If the officer asks whether you have you been drinking, your answer will be a significant factor in the officer’s decision whether to arrest you. Since the question is accusatory in nature you should politely decline to answer. One good response: “I would like to speak with a lawyer before I answer any questions.”

Please remember that the officer does have a right to ask certain routine questions. For example, you should give the officer your name, address, date of birth, etc. if asked. When the officer inquires into drinking, however, politely ask for a lawyer. The officer will then probably say you do not have a right to a lawyer and ask you to answer the question. At this point, your best course of action would be to respectfully and politely decline to answer.

5. Do I have the constitutional right to speak to a lawyer before I have to take a field sobriety test?

No. In Pennsylvania, your right to a lawyer or to advice of counsel does not “attach” – come into being – until you are formally arrested or placed in “custody.” Still, if at any time during the officer’s stop, you believe you need a lawyer, it is always good policy to ask for one. Please remember to be polite and courteous at all times. You must refrain from any rude, disrespectful or “know it all” behavior.

6. Should I refuse to submit to the field sobriety tests?

You are not legally required to take a field sobriety test in Pennsylvania, and you can respectfully and politely decline to take it. However, you are required to take chemical tests to determine your blood alcohol content (“BAC”). If you refuse to take a chemical test, there are serious consequences, such as the loss of your driver’s license for a year. Remember, always be polite and courteous to the officer.

7. What is the officer looking for during the initial detention at the scene?

Police officers are trained to note the following “symptoms of intoxication” on their report:

8. What happens if I do not submit to a breath, blood, or urine test?

By accepting the privilege of getting a driver’s license, the courts have determined that you have given your “implied consent” to submit to a chemical or physical test of your breath. Therefore, as a general rule, refusing such tests is not a good idea.

In Pennsylvania, PennDOT will suspend your driver’s license for one year should you refuse to submit to a chemical test. In addition, your refusal to submit to a test upon the request of a law-enforcement officer can be used at trial as evidence of your consciousness of guilt.

9. Potential defenses to allegation of DUI.

There are many potential defenses in a DUI case, because of the complexity of the offense. They fall into following categories:

Were you driving? If you were neither driving nor in “actual physical control” of the vehicle, there cannot be a DUI.

Was there probable cause? If the officer did not have legal cause to stop, detain or arrest you, then any allegations of intoxication must be suppressed or otherwise rejected by the Court. However, sobriety roadblocks may be legal since the topic is complex.

Did you receive your Miranda warnings? If you weren’t read your rights at the appropriate time and under the appropriate circumstances, and if you said something incriminating, your statement might not be admissible in court.

Was the blood-alcohol testing done correctly?. There are a lot of potential challenges to blood, breath and urine testing. For example, there are strict rules governing the way breath, blood or urine is collected and tested (and by whom).

Is the retrograde extrapolation legitimate? If testing takes place some time after you were actually in control of the motor vehicle, the police will have to determine how drunk you were earlier. To do this, the test results are subject to a process called “retrograde extrapolation.” A number of complex physiological problems are involved here, any of which might be used to challenge the conclusions reached by the police.

Was the testing machine working? The prosecution must prove that the testing complied with Pennsylvania’s requirements as to proper calibration and maintenance of the machines. Further, breathalyzers are machines and, as such, are fallible. Have you ever put correct change into a vending machine and still not received your soda? Sometimes machines just do not work correctly.

10. What happens after I am charged with DUI?

This is absolutely the most crucial hearing in your case. The preliminary hearing is not a trial. The principal function of a preliminary hearing is to protect your right against an unlawful arrest and detention. At this hearing the Commonwealth must make at least a prima facie case – that is, at least a minimal showing – that a particular crime was committed and that you are probably the one who committed it. At this stage, the Commonwealth doesn’t have to prove your guilt beyond a reasonable doubt. In order to meet its burden the Commonwealth must present some evidence regarding each of the material elements of the crime charged If the government can’t meet this burden, your case will be dismissed.

Assuming your case isn’t dismissed, your attorney may file pretrial motions, resulting in hearings that you may or may not have to attend. Some of these motions may argue that using certain evidence against you would violate your constitutional rights. A ruling in your favor can result in evidence being excluded from your trial, which may reduce the prosecution’s odds of winning. For example, the results of blood, breath, or field sobriety tests might be excluded, or perhaps the prosecution won’t be allowed to use a statement that you made.

The pretrial motion stage occurs anywhere from six weeks to three months after the preliminary hearing.

During the trial, each side will have the opportunity to present its evidence and to challenge evidence presented by the other side. Under the fifth amendment to the U.S. Constitution, you will not be required to testify yourself. You do have the right to testify if you want to, but in most cases it’s better not to.
Sentencing.

If you are convicted at trial, or if you negotiate a plea agreement that is accepted and entered, the court will impose a sentence. A sentence for DUI may include jail time, in-home detention, public service, alcohol classes and/or fines. The maximum period of time for which a county can jail and/or supervise most offenders ranges from six months to five years. The length of sentence depends on previous convictions, any need for treatment, and the like

All repeat offenders must have their cars equipped with an ignition-interlock restriction system for at least one year. A new offense is created for driving without a required ignition-interlock system when alcohol is present in driver’s system. 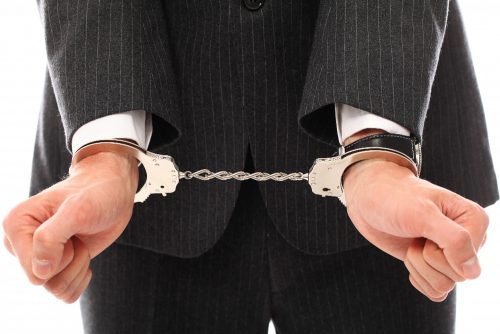